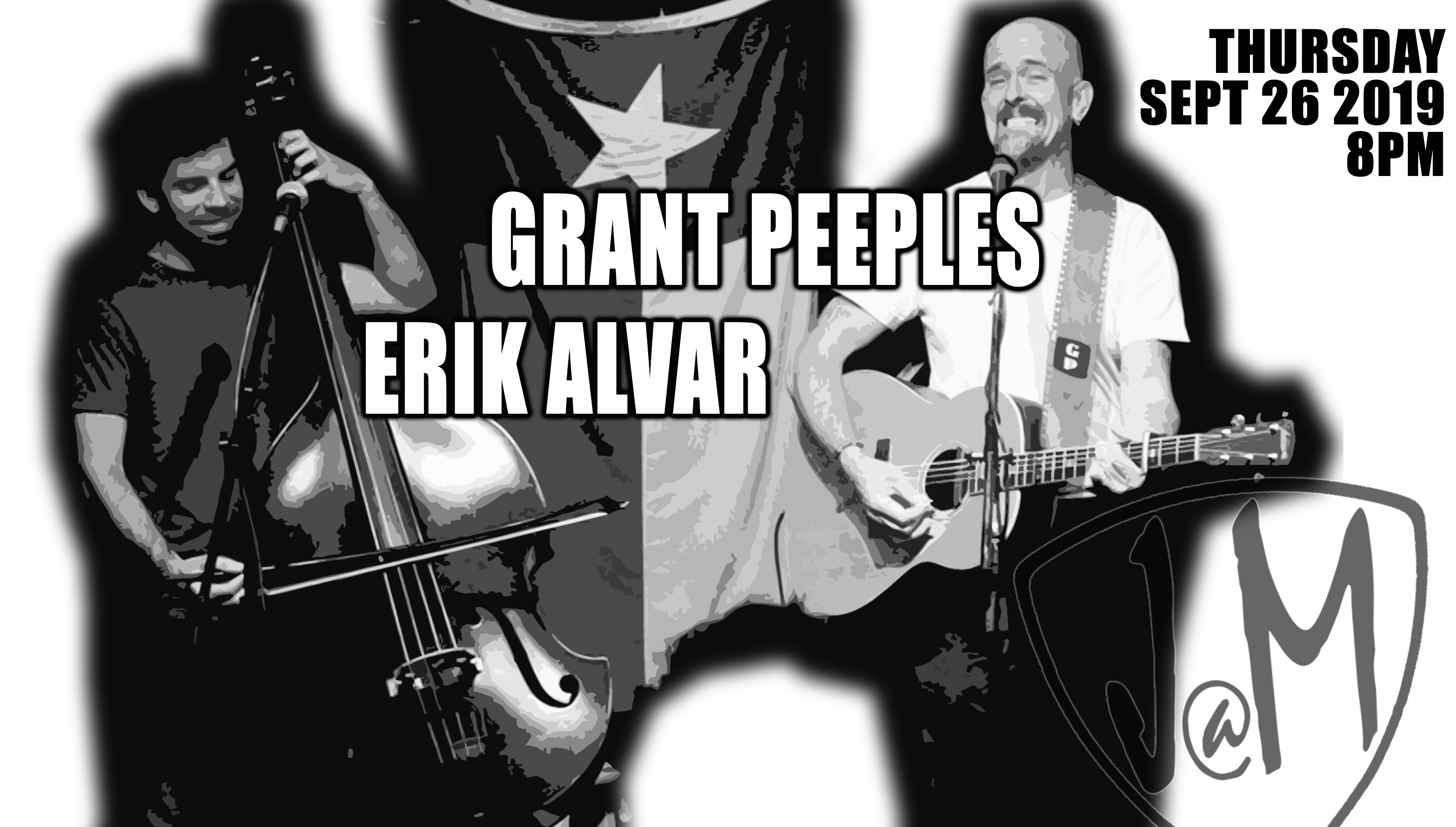 Come join Grant and his longtime sidekick, bassist Erik Alvar as they preview selections from Grant's upcoming new album, to be released early in 2020. A self-described “tree-hugger that watches NASCAR, and Buddhist with a gun below the seat,” Grant Peeples is known for his axe-sharp socio-political tunes, raucous humor and heart-gigging ballads. Grant tours coast to coast, and is a regular performer at The Woody Guthrie Folk Festival, the 30A Songwriters Festival, and The Florida, Folk Festival. January 2019 marked a second tour in The Netherlands, where FolkForum.nl described him “…a pure storyteller, in the best American folk tradition…” and his show “…one of those gems that you will remember for a long time…” From traditional to modern and from bluegrass to jazz, classical, and beyond Erik Alvar has studied and performed with some of the most revered musicians in their respected genres. After earning a master’s degree from the University of Florida, where he was fully funded working as a jazz graduate assistant, Alvar made the move to Brooklyn, NY where he is swiftly finding his way into the local music scene. He has worked with bands such as Billy Strings, the Jim Hurst Trio, and Rebecca Frazier. While there he also performed on the second national tour of A Christmas Story, a Musical out of New York City along with other theater productions such as Hank and My Honky Tonk Heroes and Classic Nashville Roadshow.