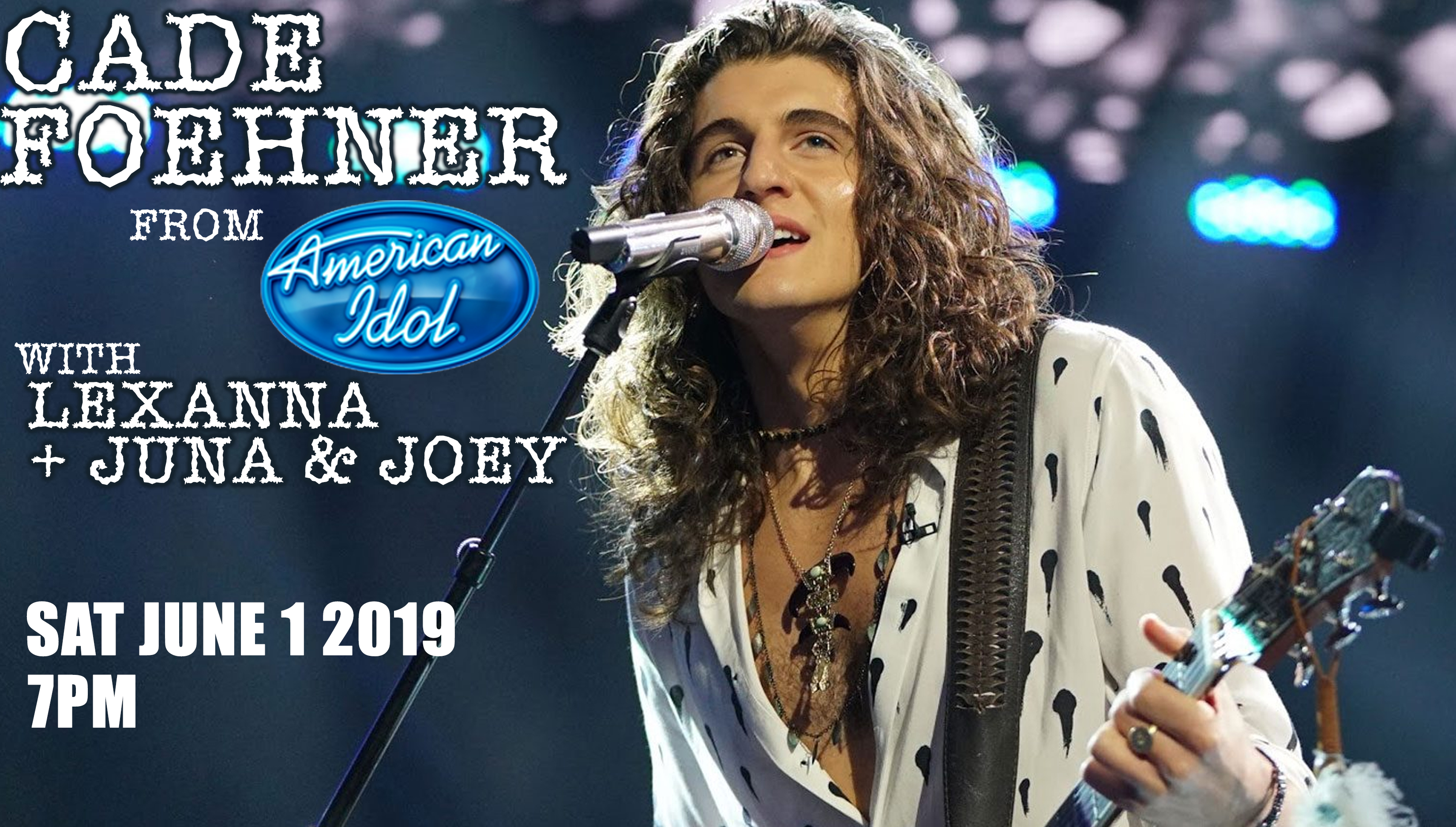 Cade Foehner is a 22 year old American musician born and raised in East Texas. He picked up a guitar when he was 13 and never looked back. Well known for his fusion of blues rock and country, he was named the best guitarist under 20 in the State of Texas in 2014 (Dallas International Guitar Festival). He recently gained national exposure on American Idol, where he stood out with his gritty soulful voice and unique guitar skills. While on American Idol he shared the stage with legendary guitar player Gary Clark Jr. were the performed Clarks hit “Bright Lights”. Out of 200,000 contestants, Cade made Top 5 on American Idol. He released his first single, Breathe Out, on Hollywood’s Records, that single pushed into the top 5 on the charts. He recently finished a 47-city tour across the U.S. with American Idol.