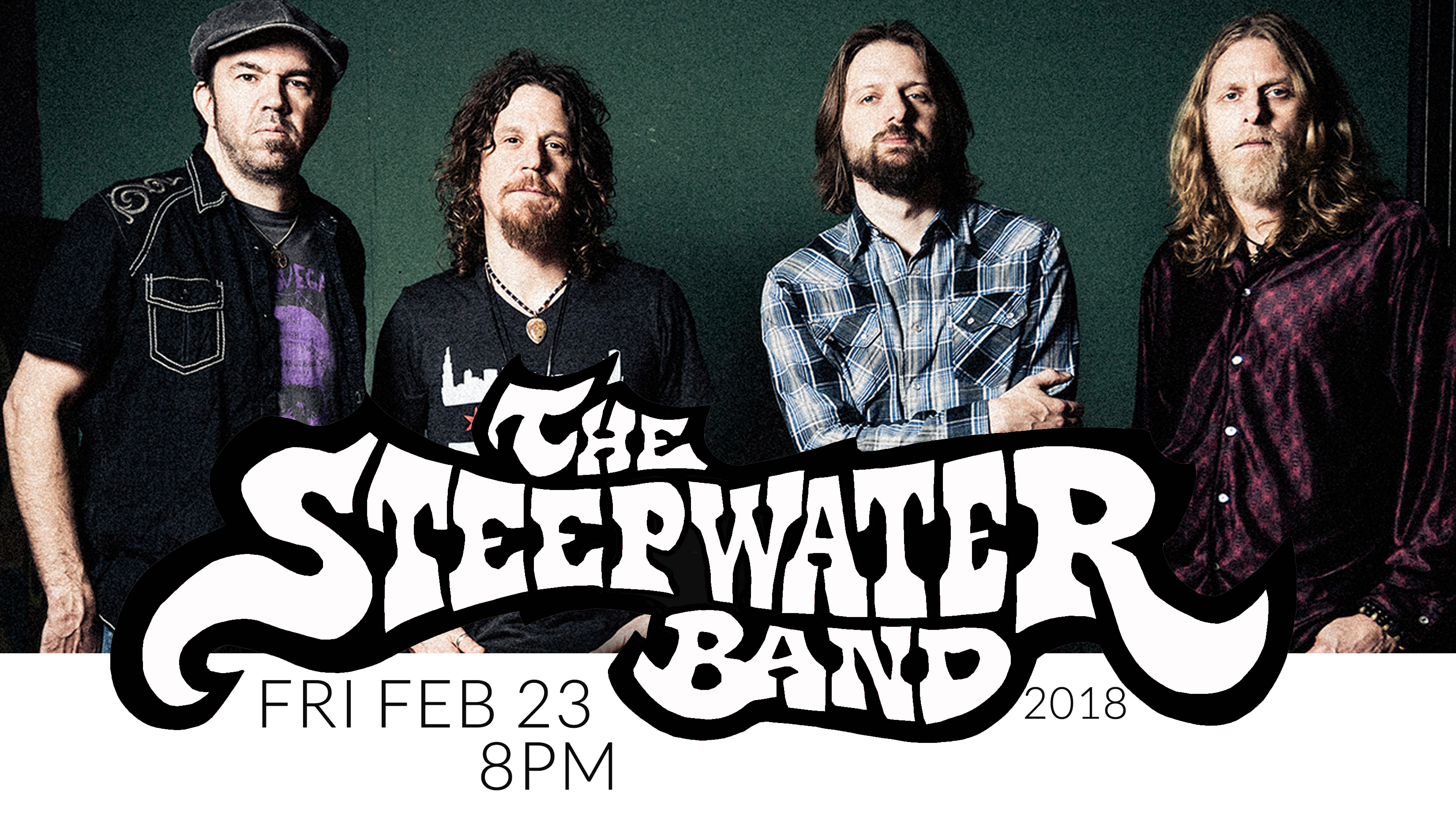 Formed in Chicago back in 1998, The Steepwater Band’s signature sound is a nod to early British blues, combined with a modern, raw and gutsy musical approach. Founding members Massey, Bowers and Winters have a synergy that comes from years of playing together. Then in early 2012, the long-time trio was joined by Saylors, from Indianapolis, IN, who brought an added depth to the TSB LIVE sound. Although the band got their start as devotees of delta blues, they have since been expanding on their influences, absorbing everything from Psychedelia to Americana, from Jazz to 50’s Rock n’ Roll Music