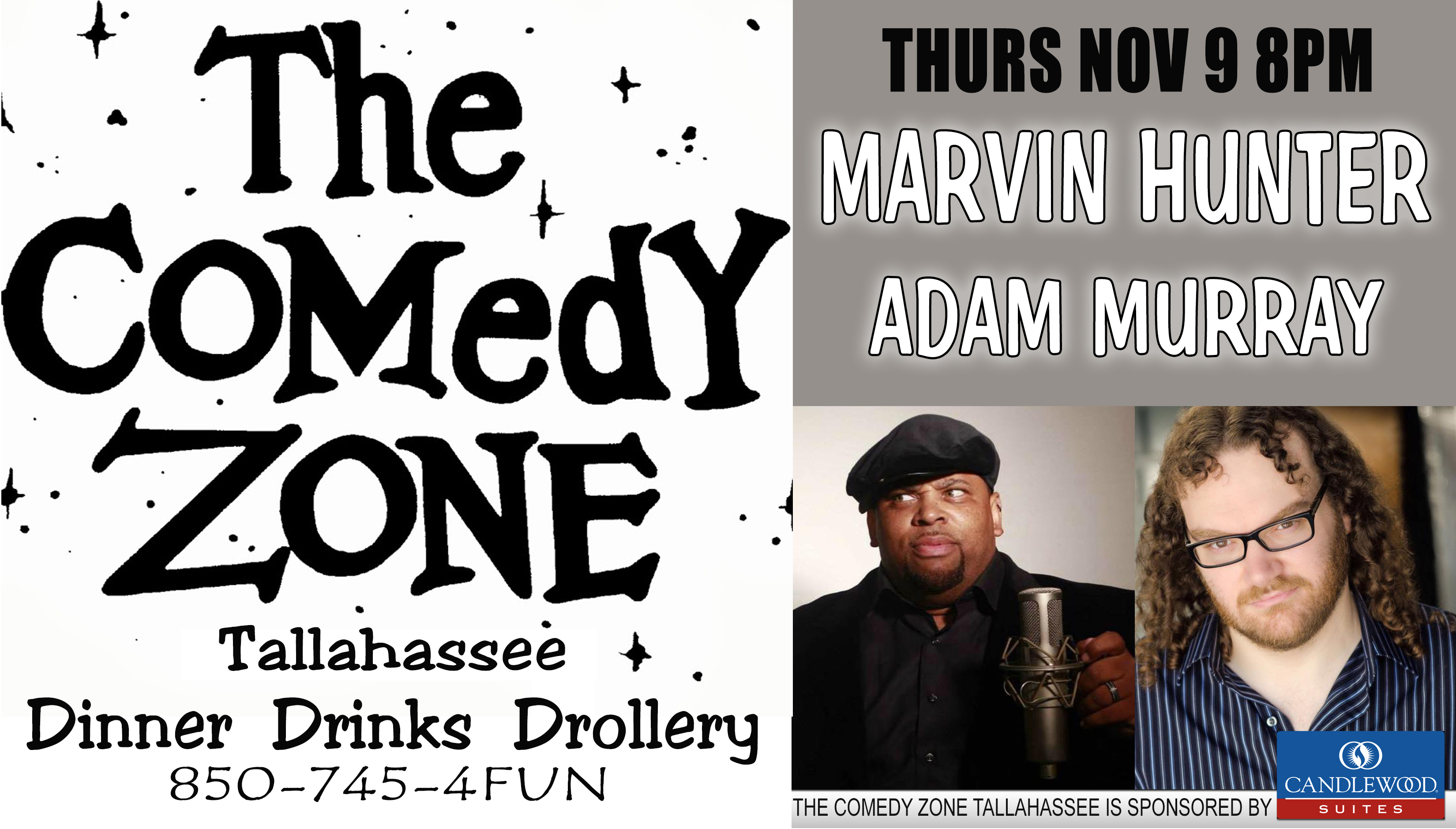 The Comedy Zone Tallahassee is at The Junction at Monroe every Thursday night. Comedians tonight: Marvin Hunter was a stand out on Bounce TV’s Off The Chain. He has been a featured comedian on morning radio shows with Steve Harvey and Rickey Smiley plus he has toured with Mike Epps. Adam Murray - Disheveled. Gangly. Lazy. Hairy. Bumbling. Clumsy. Bizarre. These are just a few words to describe comedian Adam Murray. Hold on while this cab drivers chauffeurs you through a journey filled with anecdotes, jokes, and witty observations. Adam’s good looks have gotten him on Disney Channel’s “Game On”, FOX’s “Good Morning Orlando,” and “The Daily Buzz” morning talk show. Adam has also been in numerous movies, including “Pawnz” and “Dutch Book. Emcee and local guest acts TBA.