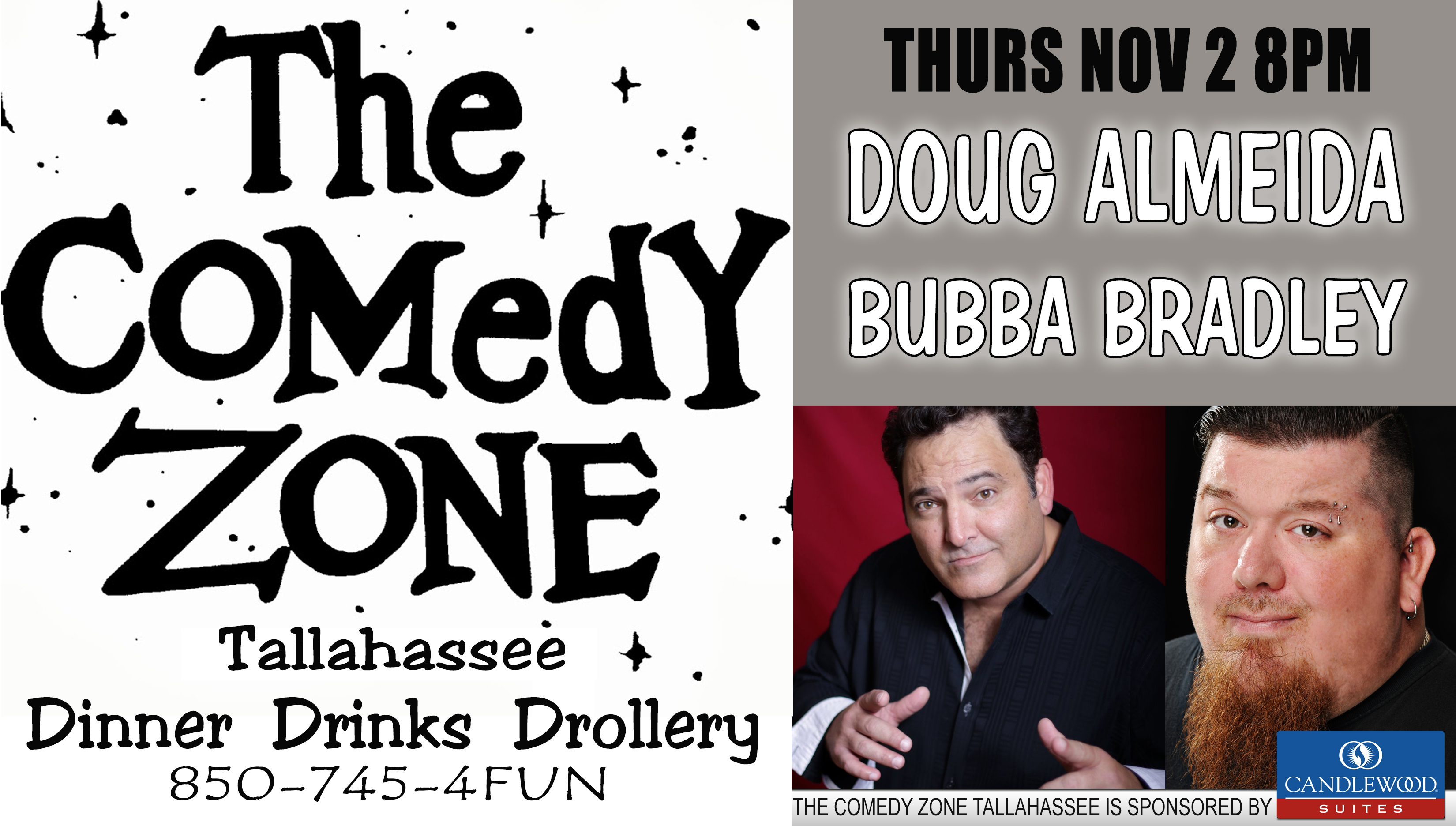 The Comedy Zone Tallahassee is at The Junction at Monroe every Thursday night. Comedians tonight: Dougie Almeida is winner of Improv’s New Faces of Comedy & participant in Laughing Skull Comedy Festival, Gilda’s Laugh Fest, SLO Comedy Festival, Laugh Your Asheville Comedy Fest. & Boston Comedy Festival. Semi Finalist in Cleveland Comedy Festival 2013, Laughlin Laughfest 2014 & Finalist in World Series of Comedy Main Event 2015. Prior to taking the stage, Dougie gauges his audience, reaches into his vault and prepares his onslaught of humor. Once on stage, he delivers blow after blow of hilarity, hitting the audience with punch line after punch line. His wit and stage presence is second to none. Bubba Bradley, outspoken story teller, has Headlined at some of the biggest clubs in the country. He can be seen at Bonkerz Comedy Clubs National Chain and he is a regular at the LA Improv. This big man has been the opening act for show Stars as SNL’s Jon Lovitz and Everyone Loves Raymond star Brad Garrett. Bubba Bradley recorded this long awaited debut album from one of the top rising stars in comedy today. Picture if you will, Ron White, Larry the Cable Guy and Brian Regan all rolled into one. With Bubba’s great blend of down to earth storytelling. This album is sure to leave you laughing. No matter where you catch Bubba Bradley, whether in a comedy club, a college campus or on line at the store you will be laughing the whole show! Emcee and local guest acts TBA.