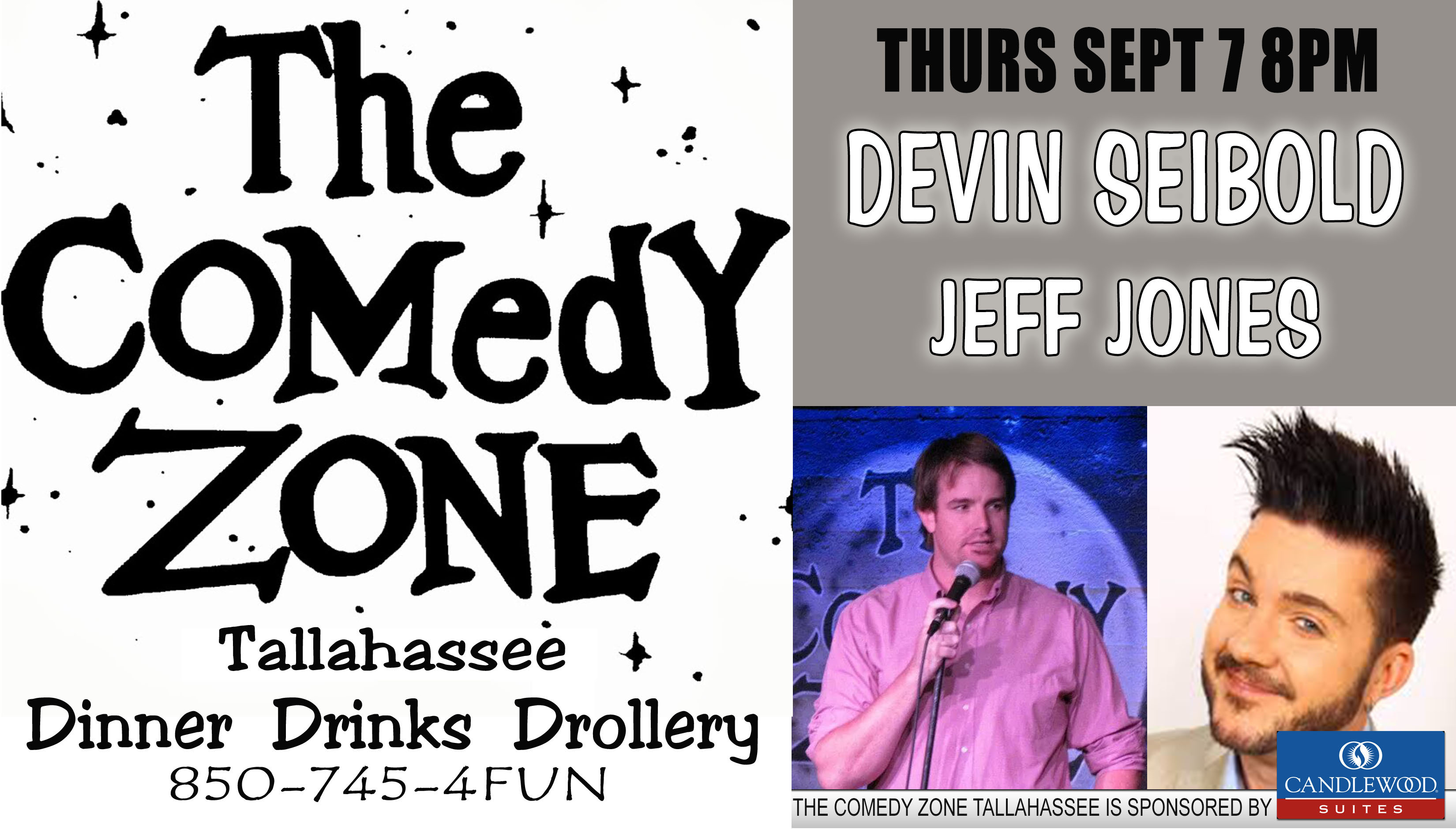 The Comedy Zone Tallahassee is back at The Junction at Monroe every Thursday night. Comedians tonight: Devin Seibold's credits include Laugh TV, Sirius XM, Pandora, writing for Uproxx, Nextround, and being selected as a finalist in Comedy Central’s Up Next, Improv Future Features, Side Splitters Opportunity Knox Winner and winning dozens of local comedy competitions. Jeff Jones has performed with Demetri Martin, Joel McHale, Hal Sparks and the legendary Joan Rivers. He has performed at the 2010 South Beach Comedy Festival, The Orlando Fringe Festival, Michigan LBGT Comedy Fest and recently was selected as one of the Best of the Fest at the 2017 Burbank Comedy Festival. Emcee and local guest acts TBA.