Denny Laine (Moody Blues and Wings) with The Cryers 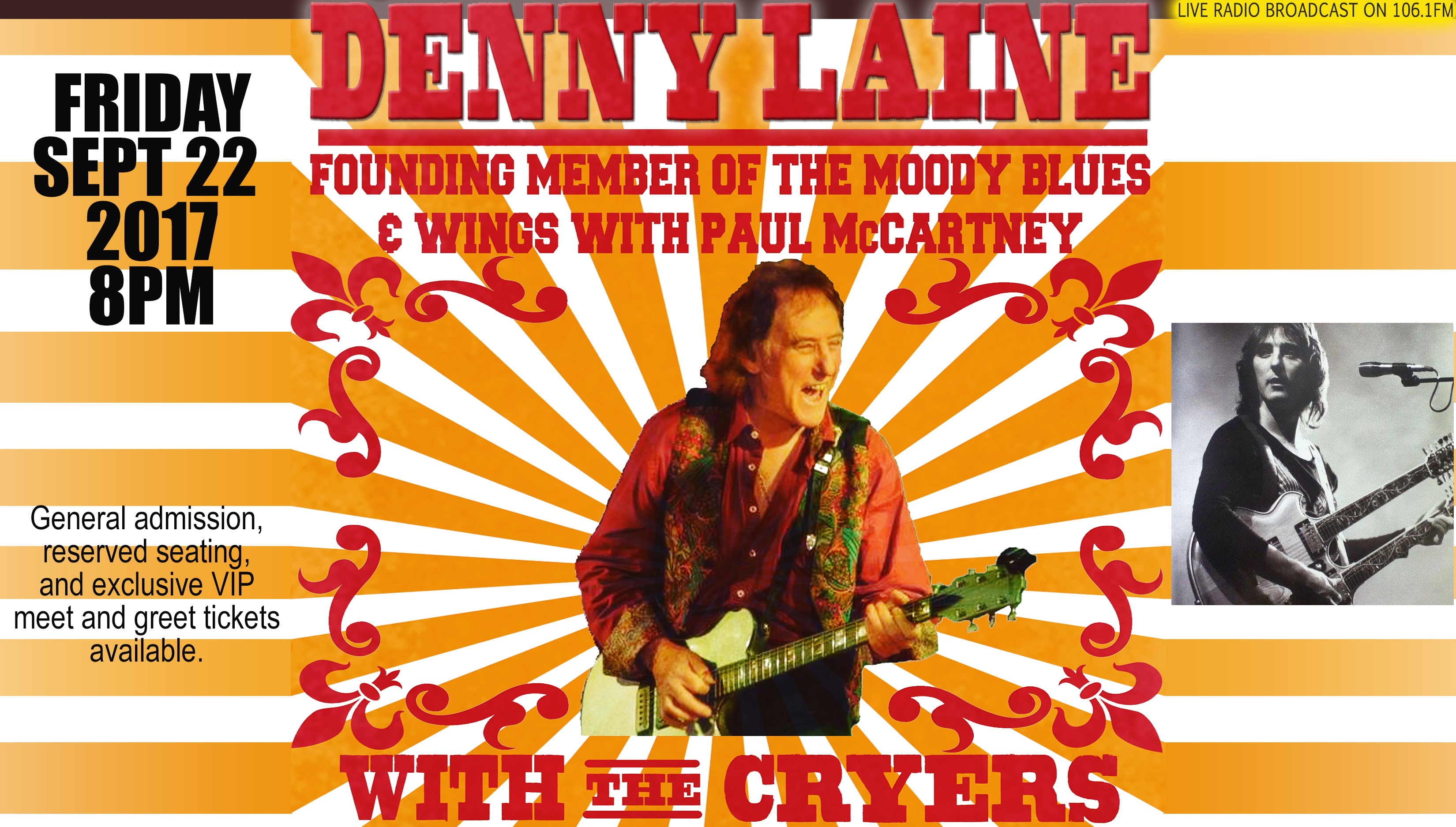 Join us for an unforgettable evening of great music and stories. Denny Laine is a multiple Grammy award winning artist and founding member of The Moody Blues and "Wings" with Paul McCartney. In his five decades in the music business, he has also performed and collaborated with many of the biggest names in classic rock including members of The Beatles, The Who, Led Zeppelin, Cream, The Jimi Hendrix Experience, ELO, The Zombies, The Hollies, and many more. Denny will be performing the greatest hits of his bands, the Moody Blues and Paul McCartney & Wings, and sharing intimate stories of his collaborations with all of these timeless artists. The Cryers will also be featured on this tour and they are one of America's premier Independent classic rock bands. They have been performing with Denny and other musical legends for over a decade. Their short opening set will include tracks from their new release and critically acclaimed album "Rock & Roll Holiday"


$20 general admission at the door