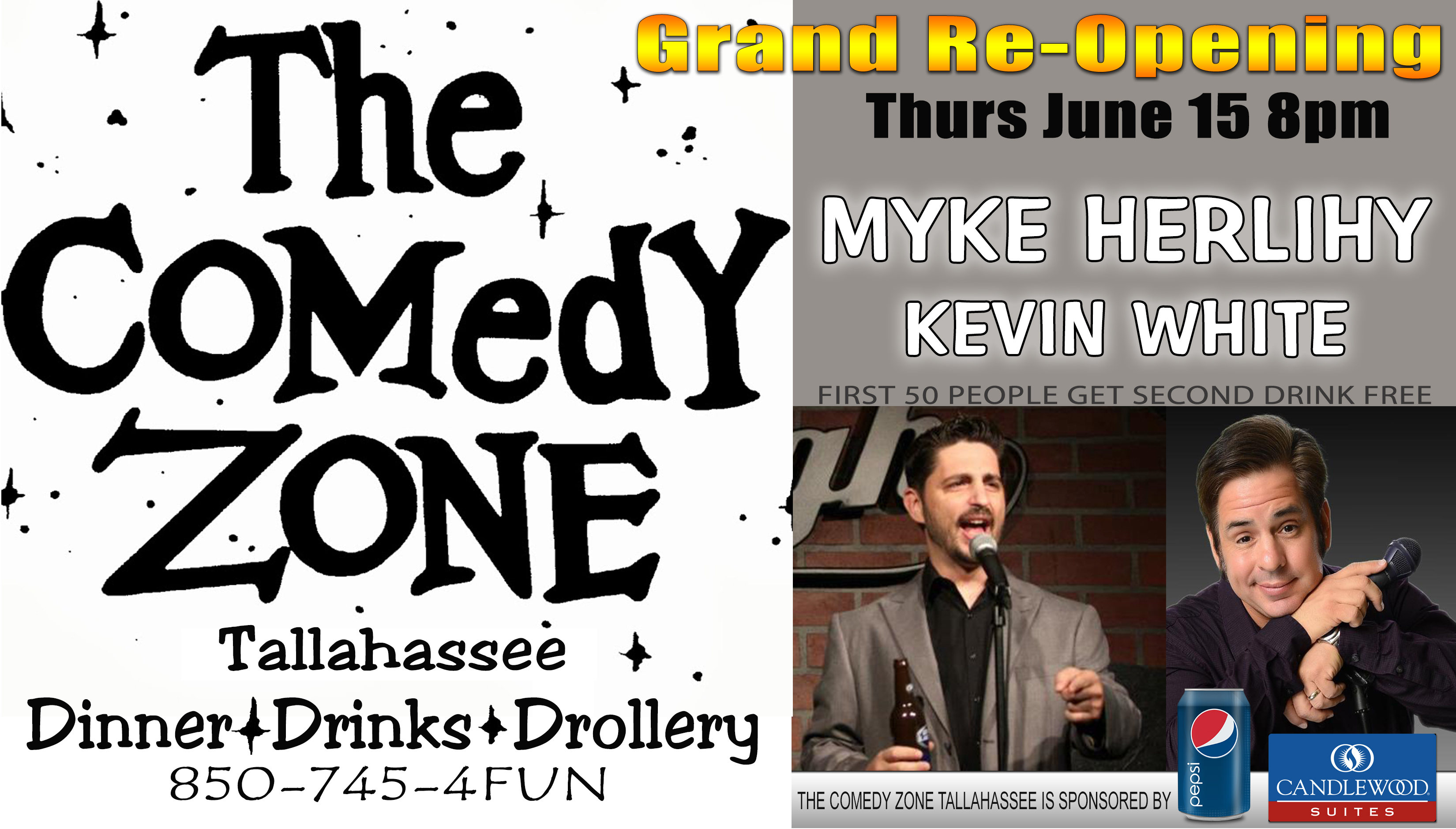 The Grand Re-Opening of The Comedy Zone Tallahassee features comedians Myke Herlihy and Kevin White. Myke is a semi-finalist in “Florida’s Funniest Comedian” competition and has also performed at “The World Series of Comedy”, “The Boston Comedy Festival”, and “The Laugh Your Asheville Off Comedy Festival”. Kevin has appeared on HBO and a major role in the motion picture “The Investigator”, plus several commercials, and has appeared on “The Today Show”. Tallahassee’s local comedian Austin Mann is your emcee and we will kick things off with two local guest comedians.


General admission tickets are available at the door