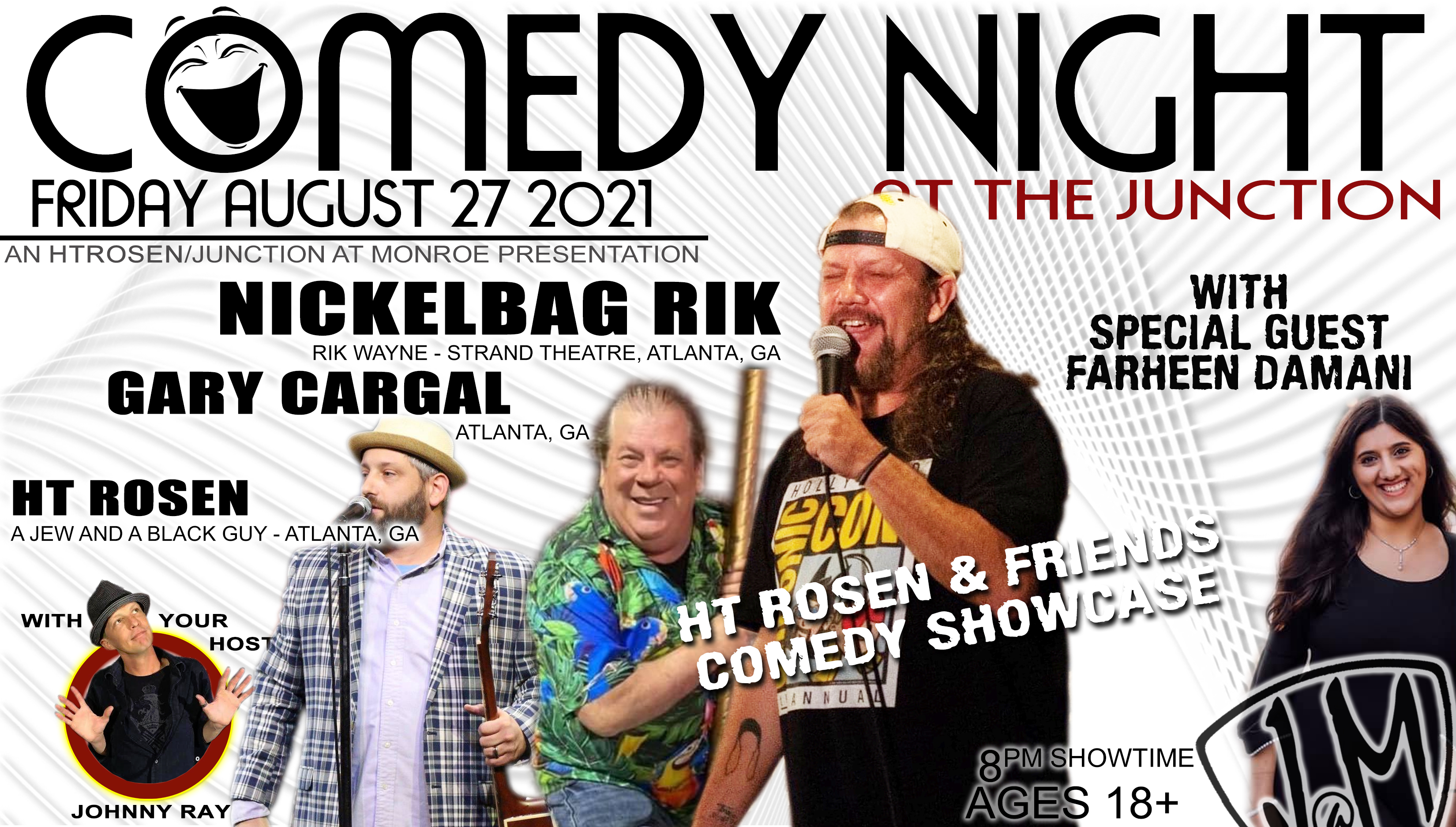 HTROSEN and Friends is a crazy fun show full of hysterics. HTROSEN and Friends stemmed from 10 years of touring as A Jew and a Black Guy comedy duo which led to HTROSEN and the Kind, a musical comedy show like none other. Over time Ht and Friends developed into a cornucopia of Hand selected hilarious comics. This installment will include from Atlanta, Nicklebag Rik as your feature with his Kevin Smithesque type quick fire comedy. Atlanta's Gary Cargal makes his first appearance at J@M with special guest local Tallahassee comedian Farheen Damani and our own Johnny Ray will be hosting. Bring your appetite for comedy and good food and spirits. HTROSEN and Friends is always a favorite at The Junction at Monroe and we're happy to host this show again. Limited to age 18+ for entrance. We open 6pm for dinner and drinks with Happy Hour until 7pm. Showtime 8pm