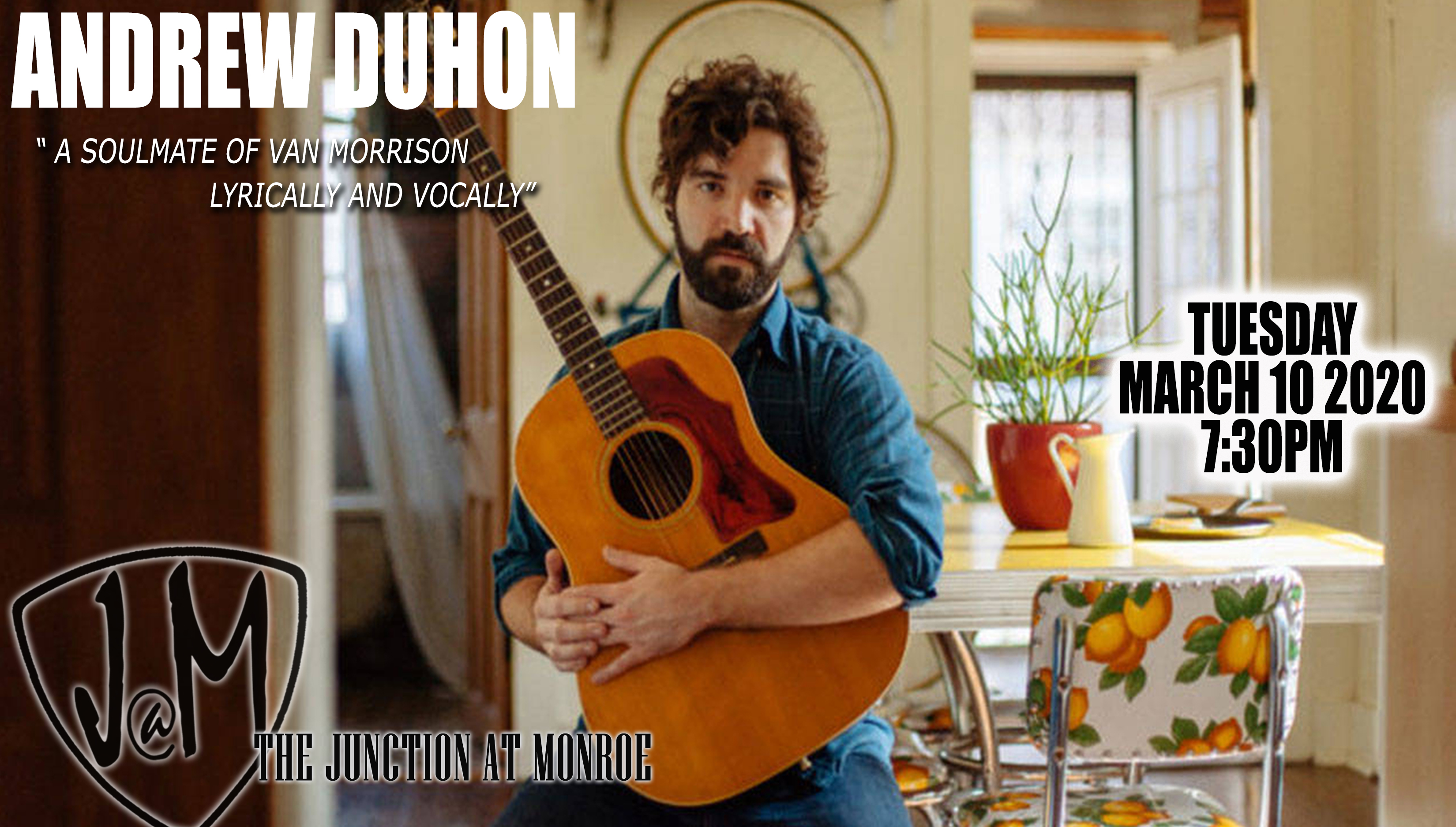 Andrew Duhon is a songwriter from New Orleans whose songs have earned him comparisons to John Prine and Jim Croce, while the powerful soul of his voice evokes a youthful Van Morrison. He has released four recordings, including his 2014 release, "The Moorings" which was nominated for a Grammy award for "Best Engineered Album". His latest album, "False River" is described by American Songwriter as "fresh, innovative, and complicated in all the right ways". After several years honing and traveling as a solo performer, he now most often performs with a trio, a combination of upright bass, drums, and three-part harmonies that bring the sonic landscape of his newest record, "False River" to life.