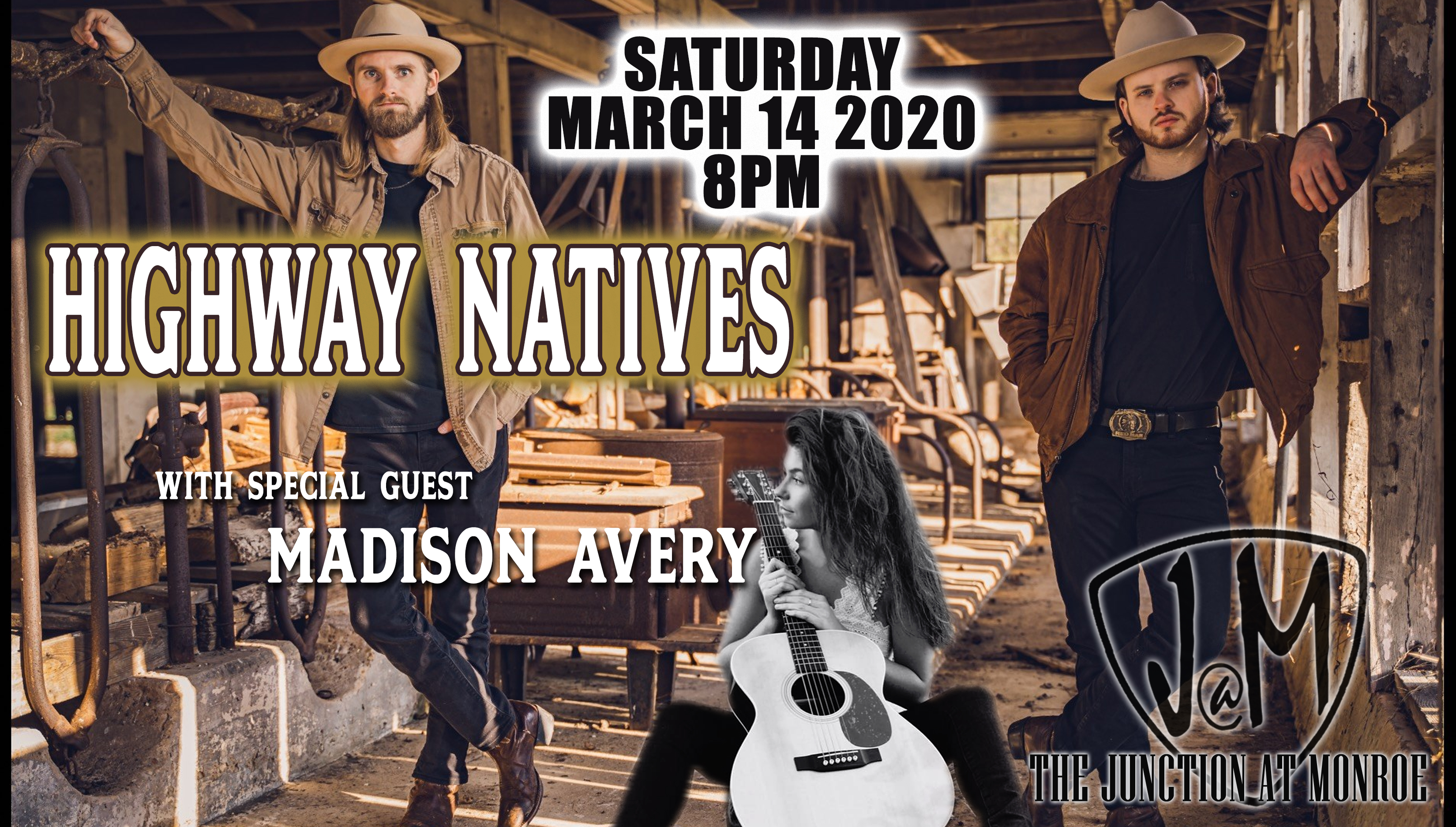 Highway Natives are an American Folk-Rock Duo based in Nashville, TN. Blending some of their favorite sounds of those who came before them, you'll hear influences from the Country, Folk, and Rock n' Roll world in the music they bring to the stage. "The Natives" are currently working on their debut record to be released in 2020. Artist and musician Madison Avery, born and raised in Tallahassee, Florida and a graduate of FSU, started her solo music career in 2016. She performs locally as well as cities from London to Nashville, now primarily supported by her band. Her first 5 singles released in 2018 on all music streaming platforms and she is currently recording for her upcoming EP, Colors. Inspired by artists such as Nora Jones, Amy Winehouse, and Fleetwood Mac, her voice is sure to put you in a trance.